Eyjan company is an Iranian saffron producer.
Eyjan starts manufacturing saffron in 1990 aiming to promote public health, by performing all the steps of saffron production to eliminate intermediaries and produce the highest quality saffron.
After years of producing premium saffron and exporting it to all over the world, Eyjan has gained many certifications and is known as one of the largest Iranian saffron producers. 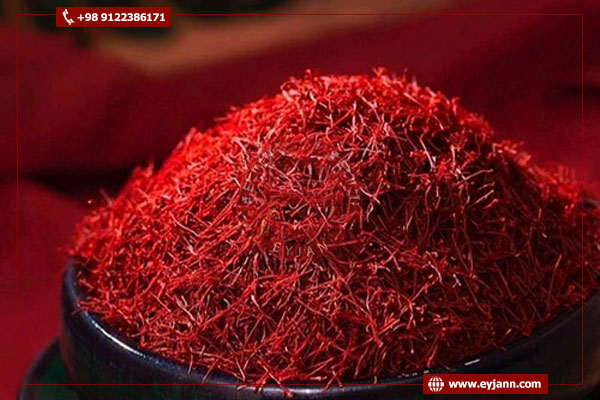 1. Negin saffron: This is the best kind of saffron that has the highest coloring power, taste, and aroma. It includes tall, thick, and all red stigmas.
Negin saffron is classified into 3 quality levels:
Super Negin saffron, Exported Negin, and Normal Negin
2. Sargol saffron: Sargol saffron also consists of pure red stigmas with a shorter length compared to Negin saffron.
3. Pushal saffron: Pushal saffron consists of tall, curly strings that include of stigma with 1-4 millimeters cream.
4. Bunch saffron: To produce a bunch of saffron, the whole saffron strands are collected and tied. Bunch saffron is the cheapest type of saffron.

When you buy saffron from Iran by buying wholesale saffron directly from major Iranian saffron manufacturers, you will get fresh and original saffron at the most reasonable price.
Many saffron dealers sell saffron at various prices from very high prices to prices even lower than the production price.
Many of them buy saffron from other intermediaries, which reduces the possibility of saffron being original, and it makes them sell their low-quality product at a high price.
Many other safron sellers also offer low prices, which indicates the low quality of their saffron because saffron is a valuable product.
Eyjan Saffron Company, due to the mass production of saffron, which reduces costs, also by eliminating intermediaries, has made it possible to offer high-quality saffron at the most reasonable price.

Where is saffron produced? 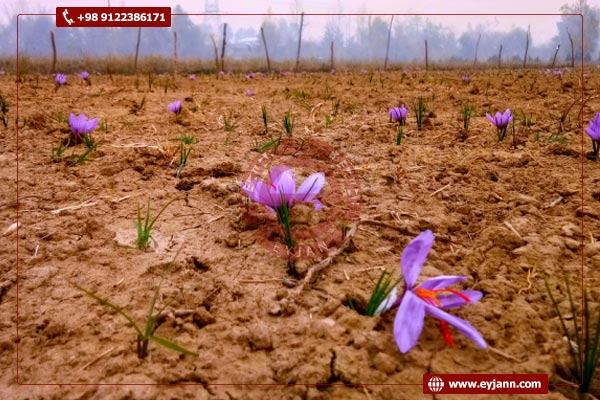 The history of saffron cultivation in Iran dates back to ancient times. Iran has been exporting saffron to other countries for thousands of years. Iranian saffron was exported to Greece and Rome about 2,500 years ago, but after a while, China joined the two countries.
Iran’s exports continued, and with the advent of Islam, Iran was able to export its products to Arab countries, and at that time the countries around the Mediterranean succeeded in learning how to cultivate this product.
In the past, Iran was the only exporter of the best saffron in the world, but in recent years, many countries, including Afghanistan, India, and Spain, which can be said in the new era as a serious competitor to Iran in the field of saffron exports, have also entered. These businesses have become profitable. The UAE has also become a saffron exporter without even a little saffron cultivation.

Who is the largest producer of saffron? 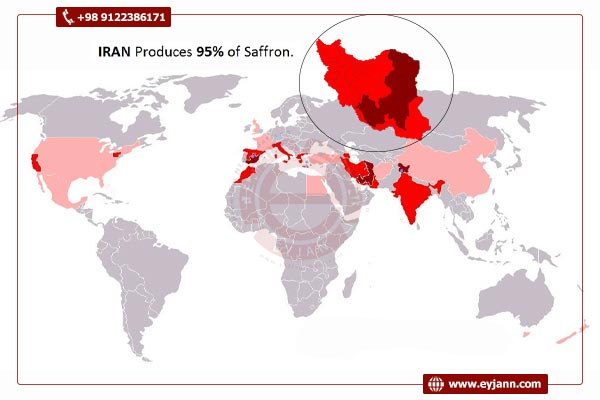 Iran has a share of 95-92% of the total saffron production in the world. It should be noted that most of its production is not registered globally. Like domestic consumption, which is not in the global statistics.
From 2018 onwards, about 24 provinces are producing saffron and about 124,000 hectares of Iran’s lands have been allocated to Iranian saffron producers.

Where is saffron grown in Iran? 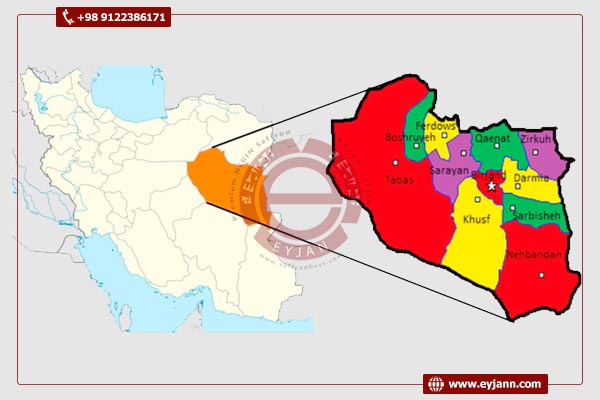 Although South Khorasan province is the second-largest producer of saffron in Iran in terms of quantity, the highest quality and best saffron in the world, which is known, is cultivated in the same province and not in Khorasan Razavi province.

Where is the best saffron grown?

Cities such as Ghainat, Ferdows, Birjand, and Bashravieh cultivate saffron in South Khorasan province, among which Ghaen is the most famous saffron-producing city in Iran. 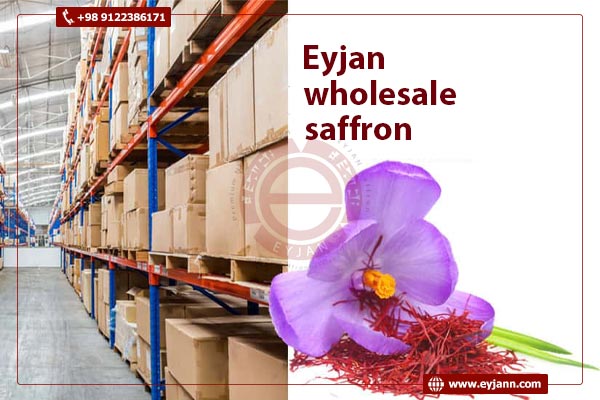 Eyjan company as an Iranian saffron producer with 20 years of experience in cultivating, processing, and packaging saffron with the highest quality and receiving many certifications is known as one of the largest Iranian saffron producers in the world that produces first-hand saffron from its agricultural lands in best regions in Iran and offers it to all over the world.